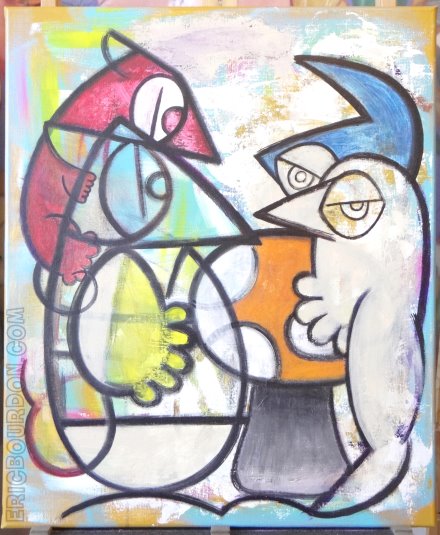 Tenth day of the creation, step by step, of an acrylic painting. And the hat has turned into a little red being…

Pull something out of a hat : make something happen suddenly and by surprise, as if by magic. This expression alludes to the magician’s trick of pulling some unexpected object out of a hat, often a rabbit. It is just as valid in the improvisation drawing !