Biography of Eric Bourdon, French artist painter on the website Eric Bourdon, French artist painter | Gallery, in the category About the artist. Biography of Eric Pierre Bourdon (born in 1979), French painter, sketch artist and writer in Lille. Self-taught, close to Art Brut and Joan Miró, Eric Bourdon practices improvisation in drawing. He exhibited notably at the Galerie Schèmes in Lille, Bicha Gallery in London, and recently at the Salon of French Artists in Paris and the Salon d'Automne on the Champs-Élysées. 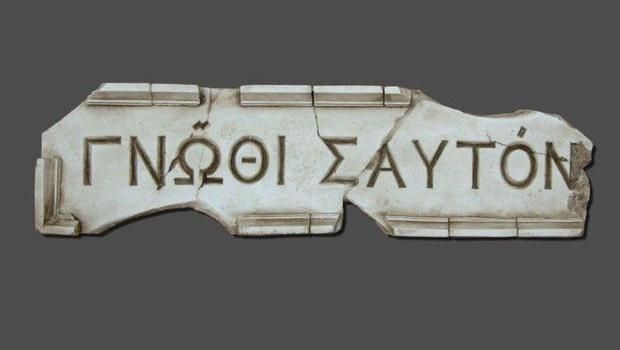 Precept engraved on the pediment of the

Temple of Apollo (6th century BC) at Delphi,

and generally regarded as the founding principle

of philosophy. The same aphorism can be found 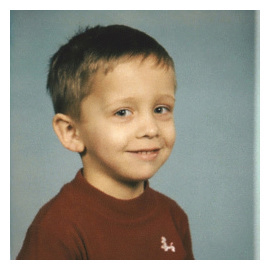 Last-born, in February 1979, of a small fundamentalist Catholic family in the north of France*, I decide at the age of 5 to paint for my entire life. A decision that immediately confronts family avoidance or opposition.

A long comatose period follows, which brings me after a scientific bachelor's degree to undertake studies in philosophy by an unconscious desire to find myself again, which eventually - but not at the university !… - paid off.

It is in a hallway of a church of Scientology that I hear snippets of a conversation by pure chance : Ron Hubbard - the creator of this rather broad method of self-improvement - would have discovered that each human being decides what he wants to make of his life in the very early years of his existence. Getting back in line with this first decision would be one of the greatest personal achievements desirable. By that time I had already started to paint again but these words, these whispers, this little butterfly fluttering almost innocently in the air, would nail me like a canvas to its frame.

The same year, I was already beginning to exhibit, I found galleries in Paris who welcomed me in a completely informal setting - but that's where I made my first sales**. In Lille, the Schemes Gallery would represent me more strongly and on the long-term basis, and other opportunities would arrive in France and abroad to develop a wide program of exhibitions.

In line with the original decision, my painting is not 'regressive' - what one might think if one were persuaded by life or society that wanting to be oneself is THE puerile and narcissistic desire par excellence... This painting is moved back and forth by a continuous work of shaping a graphical material at first sight shapeless and meaningless ; a long and complex work of discovery or construction of life from the chaos. But it keeps intact the incomparable dreams and energy of the first years.

Today, after many national and international exhibitions, a lot of creation and experience, painting still occupies so clearly the very first place in my existence. However, I ended up relativizing the importance of conforming oneself to one's very first life choice. First, because many people have built their own existence without any link to their childhood dream, and realigning their adult life with this first dream would not, if it were possible, necessarily make sense. Then, because this first choice that we make in childhood is sometimes very poetic or comical, but totally unrelated to reality.

But above all, I believe that we don't have to conform our life to any external decision, including those that we ourselves have taken in the distant past. It is only in the present that we exist, and that we choose ourselves. I paint freely, and it is because I could stop painting today that I am free, and that my painting radiates this freedom.

This frantic quest for oneself, this war that one can wage to find oneself, to impose oneself, to overcome the obstacles posed by family, culture, society, is invigorating and fulfilling. But is this identity that we define and build over time really all we are ?... Am I a painter ? A man ? A human being ?... Am I my opinions, my tastes, my ideas, my certainties ?... My religion, my political party, my profession, my social class, my nationality ?...  Am I the thread of historical events that make up my life ? At a certain level, that of our little relative identity, yes. On just a little larger level, none of that really matters.

Today's society is torn apart by pathetic identity struggles that divide and build nothing. Wars of egos in which the victory of some must mean the failure of others, and where identity is defined at its most restrictive level possible.

Today, in the midst of contemporary tumult, resound in me, little sparkle that I am of universal consciousness, these words from the ancient Ramayana (one of the two founding epics of Hinduism) where Hanumān addressing Rāma says to him :

* I have very officially disavowed (in 2010) any kind of belonging to the Catholic Church,

by a note on a baptismal certificate which had been written by others than myself. 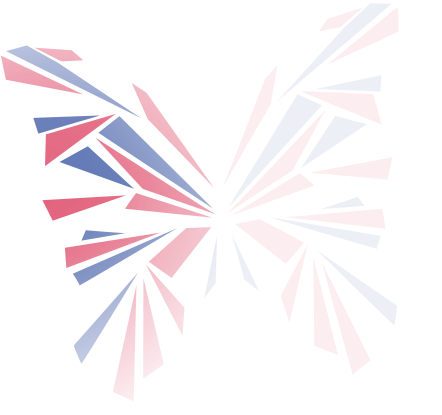