Eric Bourdon will participate from 14 to 18 February 2018 to the Salon of French Artists, as part of the Art Capital exhibition, at the Grand Palais in Paris. Contact Eric Bourdon by email to request your free invitation to the exhibition (if there are any left!). The exhibited painting will be : Florist in Guernica. 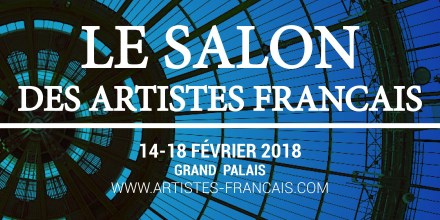 SALON OF THE SOCIETY OF FRENCH ARTISTS

The Salon or Paris Salon, beginning in 1667, was the official art exhibition of the works of recent graduates from the Academy of Fine Arts in Paris. Between 1748 and 1890, it was the most prestigious art event in the world.

As a result, its influence on French painting, artistic style and painterly conventions was enormous. The Salon was the only major art show in France, and as such it also exerted a massive, arguably disproportionate, influence on the career prospects of artists. Artists who did not conform to the artistic conventions and expectations of the French Academy were rarely if ever approved by the jury, and as a result found it almost impossible to make a successful career. Later, this would lead to several breakaway ‘Salons’.

The French revolution opened the exhibition to foreign artists, making it even more prestigious, if somewhat crowded. By 1820, the Salon had become a major annual event. In 1849, a number of medals and awards were instituted, while art critics in the Parisian Gazettes and other newspapers ran numerous reviews and articles on the works of art displayed.

In 1881, the French Academy relinquished control of the Salon, in favour of the Society of French Artists (Société des Artistes Français).

350 YEARS OF ART HISTORY AND EXHIBITIONS

The Salon of French Artists exhibits each year artists from all over the world, in different sections : Painting, Sculpture, Engraving, Architecture and Photography. They’re the various expressions of contemporary art, selected by a jury elected by the members, among the gold medal-winning artists.

Proud of its history, the Salon des Artistes Français is firmly in the landscape of contemporary art as the major Parisian event of early 2018.