The symptomal presentness of Eric Bourdon in Éléments

THE SYMPTOMAL PRESENTNESS OF ERIC BOURDON 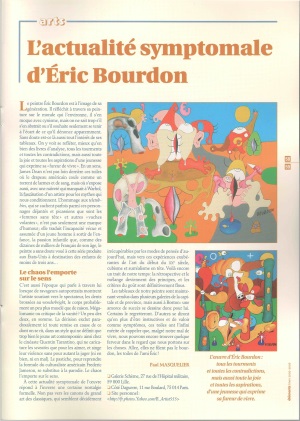 The painter Eric Bourdon is in the image of his generation. He thinks through his painting about the world which surrounds him, he makes fun about it with cynicism, but one does not know too much if he cuts himself off from it or just wishes to take his distances from what he apparently denounces. Undoubtedly this is there too all the interest of his canvas. One sees there reflecting themselves better than in many books of analysis all the torments and all the contradictions, but also all the joy and all the aspirations, of a youth which expresses its "fury of living". In a sense, James Dean is not far behind these canvas where the American flag runs like a flood of tears and blood, but where also exposes itself, with a naivety which missed to Warhol, the fascination of an artist for the myths which condition us. The homage to the teletubbies, which hide sometimes among these eccentric and picassian characters which are the "women without a head" and other "flying cows", is not only one mark of humour ; it translates the incapacity lived and assumed of a young man to leave childhood, the regressive passion that, like tens of thousands of French of his age, the painter probably dedicated to this series produced in the United States bound for the children of less than three years... 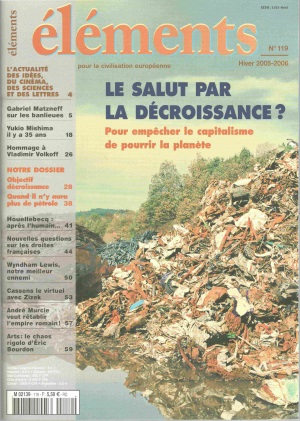 It is also the time which speaks through him when devastating self-portraits show the artist smiling towards the spectator, the teeth brushed with wonderbright, the  body probably a little more muscular than of reason. Megalomania or criticism of vanity ? A little both, all things considered. Derision excludes paradoxically here any calling into question what one laughs at, in a style which defines only too well the young contemporary art : as with the scenario writer Quentin Tarantino, who only caricatures the seventies to like them, and apes their violence without judging it (neither in good, nor in evil). The pastiche, to borrow the formula of the American culturalist Frederic Jameson, replaces the parody. Chaos overrides sense.

To this symptomal topicality of the work responds on the contrary a certain formal nostalgia. Not towards the canons of the great classical art, which seem definitely irretrievable by the ways of thinking of today, but towards these exuberant experiments of the art of the beginning of the twentieth century - cubism and surrealism at the head. Here is still a feature of our time : the retrospective and the mixture become principles, and the criterions of the taste are definitively vague.

The canvas of our painter are now sold in several galleries of the capital and province, but also in Boston : a start of success thus takes shape for him. Some will regret it. Some others will say to themselves that besides being instructive and valuable as symptoms, these canvas have the infinite merit to recall that, in spite of our lifesickness, we can still find some fervour in the way we look at things. Well, they don't give the blues [the 'bourdon'], the canvas of the friend Eric !